Beyond Ryan’s remarks, the subject of healthcare was front and center during both nights of the Democratic debates. The hashtags #Medicare4All and #MedicareForAll were tweeted out more than 15,000 times the night of the first debate and nearly 20,000 times on the second night, according to the healthcare data-tracking service Symplur. In fact, these were the busiest debate-related hashtags, drawing more than twice as much action as the official debate hashtags, #DemDebate and #DemDebate2. 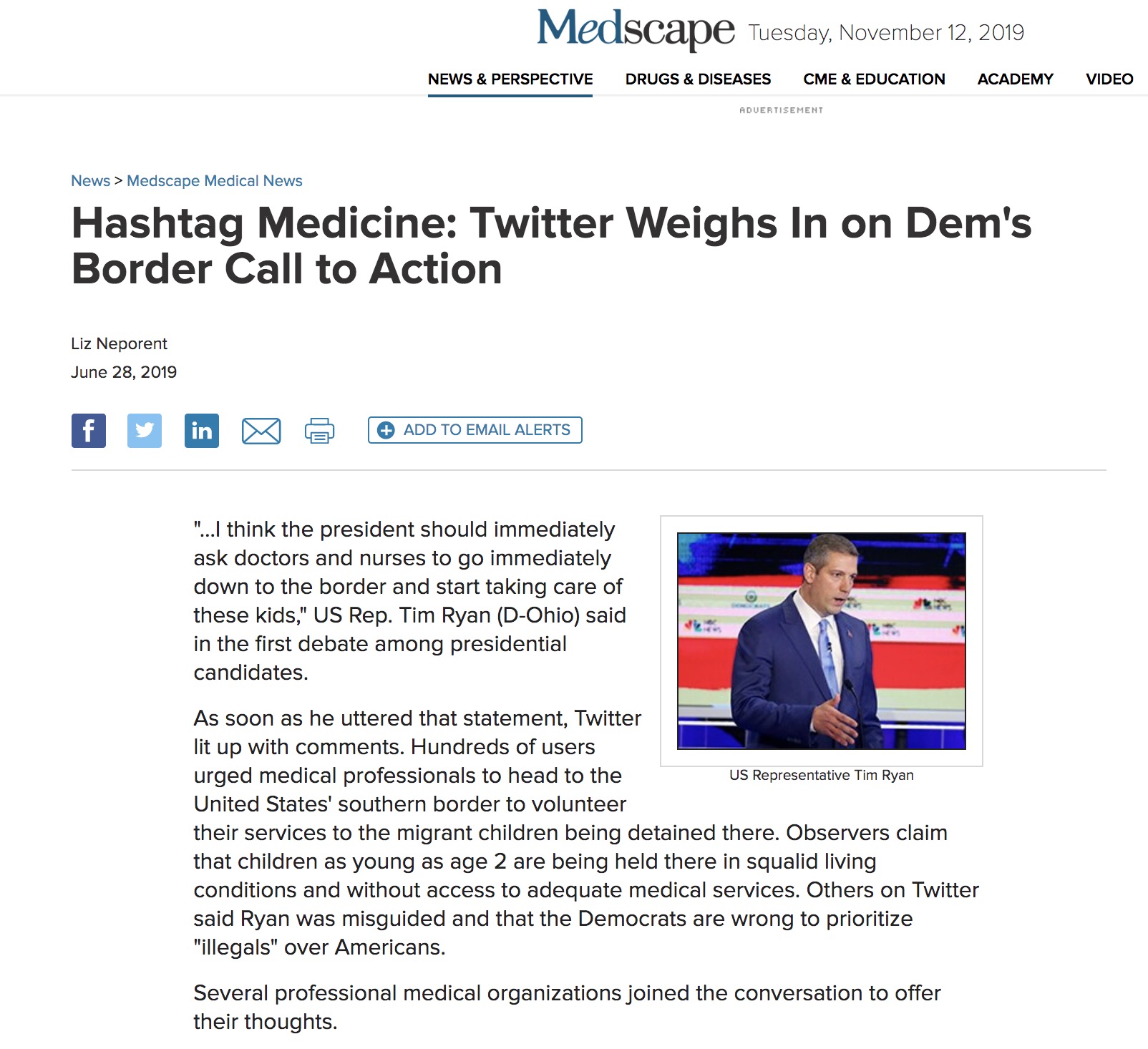